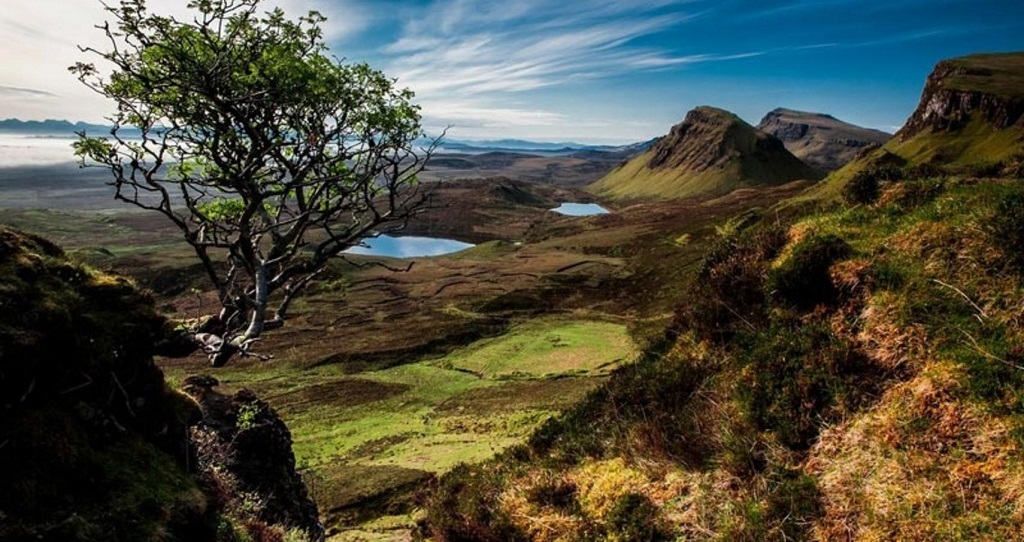 05 Sep What is dynamic range photography and how can I use it to improve my photos?

The human eye has the condition and quality of seeing a very wide spectrum of light between shadows and lights. It often happens to us that when we portray someone against the light, be it a landscape or a sunset. Then when we see our photo, it does not look like what we saw, and wonder what happened. This is because the sensors of digital cameras cannot capture the entire spectrum of light present in the scene, since they do not have the same capacity to capture shadows or lights as the human eye does. Here, we will discuss what is dynamic range photography and how it helps to improve photos.

What is dynamic range photography?

The Dynamic Range is the camera’s digital sensor’s ability to capture the greatest amount of details in the light and shaded areas. That is, from the deepest blacks or shadows to the highest whites or highlights with a large number of intermediate tones or gray between the two extremes. This is measured by the exposure value (EV), it refers to the amount of light in an exposure, steps or stop.

In every scene, we have illuminated areas and others in shadow. They can even be with high, medium or low contrast. This difference between the areas with a greater amount of light and those with the shadow is expressed in photography as steps or aperture stop (f-number: f / 5.6, f / 8, f / 11, f / 16) or in shutter speed (1/30 sec, 1/60 sec, 1/125 sec, 1/250 sec). This means that between one diaphragm and another, twice the amount of light reaches the sensor, if we are opening or half the amount of light, if we are closing, in which each of these represents a + or – 1EV, one step or stop.

To understand the implications of the sensor’s dynamic range, it is first necessary to know how your camera works. So, you understand what it is and how you can use it to visualize when the lights reach the saturation level of the pixels and or the threshold below which they do not pick up a signal.

Graph of the dynamic range of photography

The graph of the histogram or distribution of the pixels according to their range of tonal value of a photograph. It is divided (in an imaginary way) by its vertical side into several parts. These can be approximately between 6 and 14 divisions, depending on the manufacturer, type of digital sensor of the camera, and its ability to capture the greatest variety of tones: the greatest color depth, which translates into 8, 16, or 32 bits per pixel.

Each of these mentioned segments represents an aperture or shutter speed step. For this reason, the dynamic range of your camera will be determined by the number of divisions that your histogram has. On the left side the shadowed area (-EV) will be represented and the right the one with the greatest light (+ EV). For example, from left to right, each segment would correspond to f / 22, f / 16, f / 11, f / 8, f / 5.6, for a digital sensor with a five-stop RD.

Corresponding f / 11 to the correct exposure, f / 22 (-2EV) or underexposed and f / 5.6 (+ 2EV) or overexposure, depending on the scene to be photographed and the camera’s photometer reading. These five fractions (steps from -EV to + EV) represent the dynamic range. Graphically, we can also capture it, on a scale of five tones, where zero represents black without details, three represents medium gray and 5 represents white without details.

A wide dynamic range, for example, 12 or 14 stops, has a greater color depth and as a result, it will have a greater amount of values ​​between the darkest areas of shadow and the brightest areas of light with details.

How do we technically fix the scene?

Here are some tips to expand the dynamic range of your camera:

The first thing you should do is shoot in RAW. As we have described in other notes, it provides you with a high-quality digital negative, which, when developing, offers the possibility of expanding the dynamic range by adjusting the luminance and shadows.

Exposing for lights, this means under-exposing in low-contrast situations, over-exposing in situations of excess contrast. Only when the scene’s contrast matches the dynamic range of the sensor will the camera exposure be the same correct. Exposing this way will allow us to have the greatest tonal range and as much information as possible in the highlights without bursting them.

At the time of the shooting, you must ensure that the highlights with information are well exposed. There is where the maximum of tones accumulates. These must almost burst, despite losing some detail in the shadows. Thus we obtain more information, consequently a more fantastic tonal range.

Sony Alpha cameras offer a function to expand the dynamic range or RD, extending the possibility of getting details in the darkest and lightest parts. It is known as Dynamic Range Optimization, abbreviated as DRO.

It gives you different settings, in five levels, according to the scene’s requirements. These appear with the abbreviation DR and can be off, standard or advanced (D-R +). In this way, the brightness and contrast of the image are automatically adjusted separately for each area. Then it is possible to graduate the D-R + in five levels ranging from LV1 to LV5, the latter being the most powerful.

In other words, DRO or Optimized Dynamic Range is a function that instantly analyzes the image and automatically corrects it for optimal reproduction of tone and exposure. Often when taking photos against backlight, the subject or objects appear darker than the eye can see. This function automatically discriminates the different scene conditions and corrects the tonal ranges or curves, the exposure level, and other parameters to remove the darker portions.

This function can also be used in a standard mode where the exposure is corrected effectively in the composition or in advanced mode, where a clearer image can be produced where both the subject. The background is photographed with the appropriate brightness mode, even if they present a big difference between the two. It is important to note that this function only works for the JPEG format and does not work in “spot metering” mode or in “center-weighted metering.”

Finally, we should not confuse the dynamic range with the HDR (High Dynamic Range) technique. As we have described, the DRO is the total width that the sensor is capable of capturing and is generally achieved in one shot.

HDR is a technique that combines three different exposures of the same scene in the same image and then combines and merges them into a single image to bring out the details of the brightest or darkest areas in the photograph. Some applications allow you to merge easily, such as the Sony Play Memories HDR Cielo installed in the camera and is very simple to use.