Posted at 15:00h in Reviews by Bertha Adams 0 Comments
0 Likes
Spread the love

We found this post in the online magazine Creative Review by Megan Williams and we wanted to share it with you, for two reasons, we liked it a lot, and another because of the visual power of some of the covers and the level of design they Show.

There are 7 magazine covers that demonstrate a very powerful quality in design and image. 2020 has been a year of change and magazines needed to live up to it. As you know, 2020 has been a year in which no one has known what was around the corner (I fear that the same thing will happen in 2021) and that has forced us to reflect on what the hell we are going to do and what is going to happen. This has been a collective and global behavior and has manifested itself on the covers of many magazines.

We hope you like it and don’t forget to hit the links and visit the artists’ pages. They are very worth it… 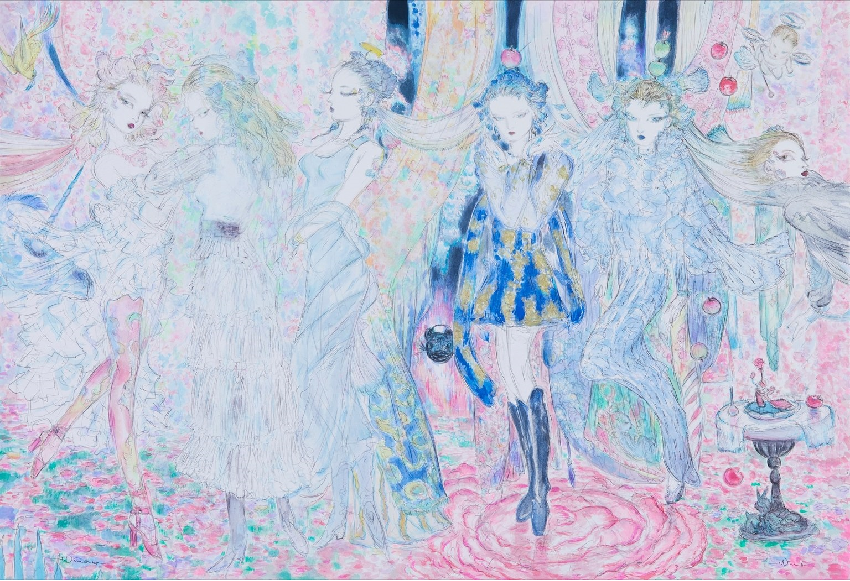 Vogue Italia kicked off 2020 with an illustrated magazine that abandoned photoshoot production for the entire issue. Seven artists were commissioned to create each cover, which not only broke the visual status quo but was also a beautiful tribute to the early tradition of fashion illustration.

In January 2020, Australia was rocked by a disastrous record-breaking bushfire season, with lives, homes, and habitats destroyed in fires that consumed more than 20% of Australia’s forests. The Sydney Morning Herald’s Good Weekend magazine devoted a special edition to the photo report covering the events. The cover shows a firefighter running to safety, his vision obscured, sparks falling like rain and cloaked in fiery red hues that many will recognize from the harrowing images that surfaced during coverage – which are already reappearing as Australia grapples with to wildfire season once again.

Cover Of The Guardian Weekly, Art Direction By Andrew Stocks

As the coronavirus pandemic broke out across the globe, behavioral changes offered no shortage of inspiration for art directors. A special March edition of the Guardian Weekly arrived as the UK first entered a nationwide lockdown, with a scant front page visualizing the physical distancing guidelines that had come into play for many societies around the world. This approach proved popular with titles elsewhere, from St Louis magazine in Missouri to Slovenia’s Objektiv supplement, while Vogue Italia took the white-space approach even further with a blank April cover.

Italy grabbed headlines in April by becoming one of the first countries in Europe to grapple with the coronavirus crisis. The Italian edition of Vanity Fair recognized him by commissioning a cover from artist Francesco Vezzoli, depicting the nation’s tricolor flag with a tear in the center. The work paid homage to the 20th-century painter, sculptor, and founder of Spatialism Lucio Fontana, and was auctioned off to raise funds for charities that support businesses.

By April, Covid-19 had become part of the everyday vernacular as deaths soared around the world. However, many people had not seen what he looked like in the front rows of hospitals. Photographer Philip Montgomery gave an intimate view capturing these scenes for a New York Times Magazine assignment documenting the chaos and trauma doctors and healthcare workers face on a daily basis. “It took me a second to commit and start doing my photos because, in a lot of ways, my jaw was on the ground,” Montgomery said of the experience in an interview with Gem Fletcher. “The reality had set in, in terms of what was happening to our city and to our fellow New Yorkers.”

During the coronavirus crisis, David Hockney kept busy creating iPad drawings from his home in France. Offering slight relief in difficult times, the artist was commissioned to create the cover of Telegraph magazine in late May, depicting a peaceful Normandy sunset. Hockney’s work was later taken up by British Vogue for its Reset issue, in which his 2006 oil painting of East Yorkshire was joined by 13 other landscape covers created by artists including Nick Knight, Nadine Ijewere, and Tim Walker.

Easily one of the biggest television sensations this year came in the form of Michaela Coel’s I May Destroy You, a gripping drama that navigates waters as vast as sexual assault, identity, race, sexuality, gender, love, and friendship with extraordinary effect. Although anchored in life in East London, the series, which aired on both the BBC and HBO, caught the attention of major US publications. Chief among them was the New York magazine, which put Coel – the show’s co-director, executive producer, writer, and star – on the cover with an image taken by British-Nigerian photographer Ruth Ossai. While Coel also did the cover for publications like the Wall Street Journal.

You may also be interested in HOW TO TAKE PHOTOS: 9 PHOTOGRAPHY RULES FOR A CORRECT PHOTO