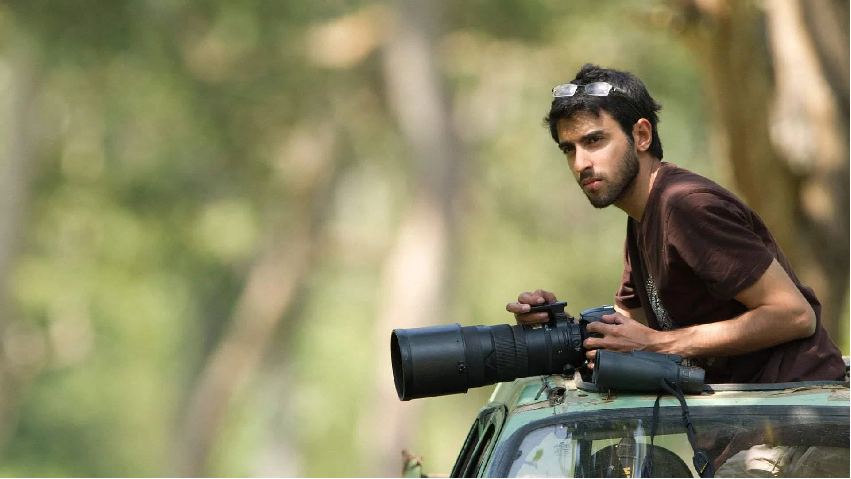 Posted at 07:05h in Photography Tips by Paul 0 Comments
0 Likes
Spread the love

Choosing a wildlife photography camera can be a complex task. With so many different models and specs, it can get tiring. To make the task easier, we leave a small list of cameras that are ideal for this type of photography.

The Nikon D850 is a class-leading FX (full frame) camera that works for almost any situation. Its incredible 45 Megapixel sensor renders images in stunning detail, and ISO and AF performance are exceptional.

To some, the reduced frame rate of 7fps may seem like a downside. However, no problems are found when shooting. And while it’s not cheap,  as a versatile still camera, it’s really hard to beat right now.

Nikon D500 – For shooting a wide variety of subjects

This camera has an APS-C format sensor and 10fps shooting, plus tight framing for longer lenses. Likewise, it has a better distribution of the AF point; which is useful when working with fast-moving subjects.

It is a rugged and reliable camera, withstanding harsh weather conditions such as jungle environments and windswept beaches. Of course, if you’re not a Nikon user, cameras within your own system that have similar specs will be perfect for getting out there and shooting wildlife. So, we will continue to see options.

Sony A9 – Possibly the best camera

Sony introduced the A9 to compete with the Nikon D5 and Canon EOS-1DX Mark II, which it has done well in many ways. However, it is especially suitable for wildlife photography.

Its hybrid AF system has 693 phase-detection AF points and is brilliant for catching and tracking moving subjects. Additionally, Sony has promised to upgrade its impressive Eye AF system to work with animal eyes.

As it is a mirrorless camera, the Sony A9 has an electronic viewfinder, which means you can see the impact of the camera settings. It’s a 0.5-inch 3,500,000-dot device, so you can get a great view of the scene.

This 20.2 Megapixel DSLR has an incredible 61-point AF system that works in the dark, as well as a maximum continuous shooting speed of 14fps. It’s big and heavy, but built to last, and has excellent weather sealing. It’s also a dual-grip camera that makes it easy to use with long, heavy lenses.

Despite the relatively modest number of pixels, the 1DX II’s images are first class.

This camera has the same 20.4 Megapixel Four Thirds type sensor as the E-M1 II, but it is joined by two Truepic VIII processing engines that help improve performance.

Plus, there’s a new smart subject detection mode. When activated, the camera can automatically detect and focus on specific subjects. At the moment this is limited to motorsports, planes, and trains, but more is promised and wildlife is on the list.

In standard sequential shooting mode, the maximum continuous autofocus shooting speed is 10fps for up to 283 RAW files. However, there is also Olympus’s Pro Capture mode. At its low setting, it allows shooting at 18fps with continuous focus. Records 35 images immediately before the shutter button are pressed and 100 immediately after.

Although Micro Four Thirds lenses are smaller and lighter than their full-frame counterparts, Olympus has made the E-M1X work well with long lenses. As such, it has two strong grips, one for shooting in landscape orientation and the other for portrait orientation. It is also dustproof, splashproof, and freezeproof (-10°C).

You may like to read SEVEN WILDLIFE PHOTOGRAPHY TIPS FOR BEGINNERS