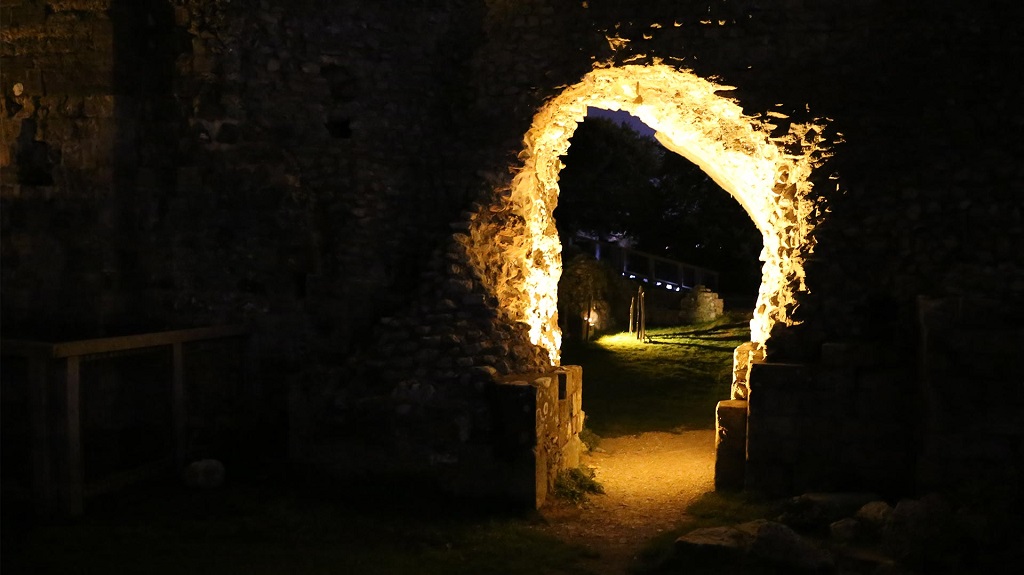 05 Sep The importance of contrast in photography

These days I have been very entertained in B&W photography. This has led me to pay special attention to contrast. Contrast is one of the auxiliaries to improve our photographs’ sharpness, but it is also an aid in composition.

What is the importance of contrast in photography?

Contrast is part of photography from the moment we take the shot; If we are outside at noon and sunny, we will certainly obtain high contrast images, with very dark shadows and very bright areas.

On the contrary, if it is a cloudy day, the diffused light will create images that lack contrast. They will look flat, without shadows, without glare. Can you see why the contrast is important? Although this is not to say that all photos should be high contrast, sometimes we intentionally create low contrast photos.

When it comes to contrast, we have two types: Tonal and color. Even if they are used to taking color photographs, they will most likely pay attention to tonal contrast rather than color.

The tonal contrast is the one that is created from the luminosity between the light and the shadows, with all the intermediate tones.

The color contrast is the one that has to do with the subject that we saw in the previous article. It is the contrast created by combining two complementary colors, which, when converted into B&W, offer us better tonal contrast.

This means that contrast is important for both color photos and B&W photos. Tonal contrast is easier to understand and apply than color contrast.

When is much or when is little?

To respond, we have to establish a frame of reference; for which we are going to define the two extremes:

High contrast: It is an image with a wide range of tones that go from black to white. That is, it includes dark shadows and areas with high lights. They usually offer us attractive colors and textures.

Low contrast: It is an image with very little difference between the dark and light areas, it looks opaque and we could say that it is boring and flat. It can happen due to exposure values ​​or situations such as fog or smoke.

Normal: This point is somewhat complicated to establish, but if we take the previous two as a reference, we can say that it is an image that is in the middle. This is with the minimum amount of shadows and highlights.

As you can see, shadows and light play a central role in setting the contrast level in a photograph. As in many other things in photography, it is recommended to train your eyes to identify them.

I think it is necessary to clarify the tonal contrast. When reading the definition, you thought it referred only to the photographs in B&W. You should pay attention to the following:

When we work with color our vision is flooded with colors and our brain ignores the tonal contrast; black and white are present in colors in different proportions and are responsible for the color tone we see.

Try to be aware when you are capturing your color photographs and become aware of the tones of color; good tone management is an aid to creating an image that can look attractive in color and B&W.

While reading the article, it is possible that they could be thinking about those photographs where shadows predominate or the others where light predominates. If so, then this paragraph is for you. Do not confuse high or low contrast with the high key or low key.

High-key: This is an image that contains mostly grays and whites.

This does not mean that they have to be in B&W. They can be in color as long as those dark or light tones are taken care of in the shadows and the most illuminated parts.

How to take advantage of the contrast in my photographs?

Well, now we are at the point where we can answer this question with certainty that you will understand the idea.

For the tonal contrast to help us improve our photographs, it is recommended that we try to see all the photos we take as if they were going to be converted to black and white.

If, in addition to paying attention to the amount of black and white in the colors, you take into account complementary colors, then it is a guarantee that your photos will look interesting, regardless of whether they are left in color or converted to B&M.

We could say yes, but I prefer to add something that I have not mentioned and that is very useful, although it is sometimes abused in digital photography, I mean saturation. Saturation refers to the purity of a color’s presence and is a value that some photographers often play during development or editing.

In a strict sense, each tonality of a hue is obtained by adjusting the saturation and luminosity. Thus, a pure red changes tone when we decrease saturation, but it also changes when we increase the black or white present. Thus we can conclude that saturated colors offer greater contrast than pale colors.

This time, I will give you the practice to do the next time you are developing your photos. It is about moving the saturation once they have finished. It is not about converting the photo into B&W. We are simply going to see how the colors fade and how the contrast makes its presence felt.

Slide the LR saturation control slowly to the left, observe how the color fades and the hue makes its presence known, the shades of gray appear and the low-contrast colors begin to blend with those next to it and that they are not complementary.

What do you think?

Of everything you read, did you know everything? If so, I congratulate you which means that you have done your research and taken this photo creation seriously. If not, if you did not know something or nothing of what I have written here, then I am very happy to have been able to contribute to your training as a photographer, as an artist of digital images.

As insignificant as a subject may seem to you, pay attention to it, you will be surprised to know that in photography, it is the smallest details that make the difference, and if you ignore them, if you discard them without giving them the opportunity, then do not complain about your photos. They lack that something that you cannot identify.

contrast in photography, importance of contrast